I’d like to preface this by saying that I fundamentally have nothing against the trend of bright-colored patterned yoga pants and running tights, and I do believe everyone has the right to express their personality in whatever way they like (so long as it doesn’t hurt anyone else of course) and what gets one person off the couch and working out doesn't always work for someone else. As this is my blog, however, and I have the right to espouse on any subject of my liking (within reason, of course), I feel it’s a “safe” place for me to discuss my personal opinions about a new trend in fitness gear (or “athliesure wear,” as has been dubbed the new term) as I have a feeling there are some who might feel the same way I do - and many who don't.

Okay, that was a long introduction.

I'm sure you've noticed the proliferation of bright, patterned yoga pants that have been popping up everywhere over the past many months. They're all over my Instagram feed and on almost every page of the Athleta catalogues that arrive in my mailbox on a weekly basis. I'm going to take a wild guess and say that at least 60% of the women who read this post have at least one pair in their collection of workout gear. 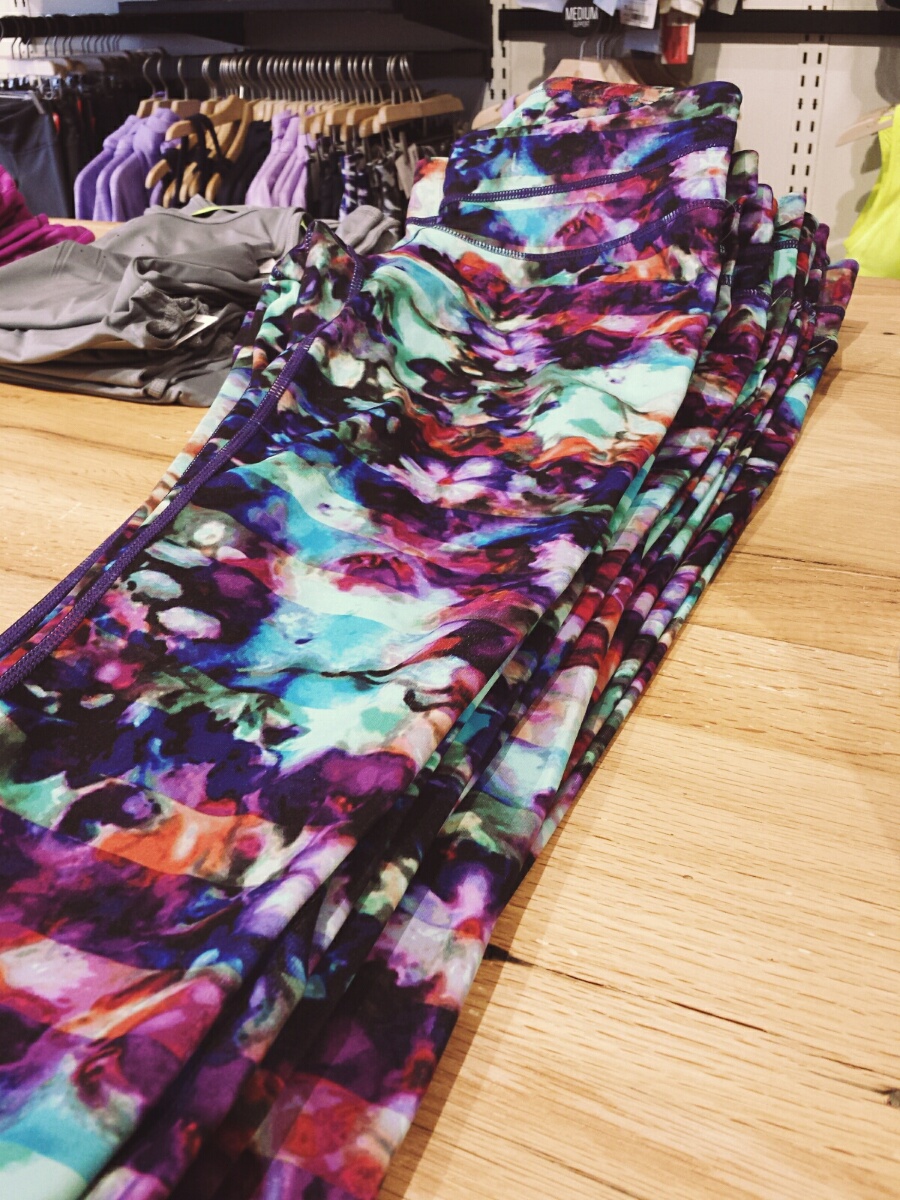 Crazy, to some, I'm sure. But I'm perfectly okay with it. Don't get me wrong, I understand the appeal. We've been wearing black and grey yoga pants and running tights for well over a decade now and there are only a few ways to make those basic colors stand out from the rest of the pack. Even though sales of "athleisure" wear are surging, how many pairs of black workout tights can each of us really handle?

I can picture it now: a group of designers and marketers sitting around a big conference table looking over sales numbers and tasked with finding a way to sell more tights. When bam! Inspired by a floral or teak printed top, one genius person muses, "why not make tights out of that?"

Okay, so that's probably not exactly how it started, but maybe.

When I started working out regularly and then began my relationship with running, I only wore the ubiquitous Nike shorts that make your butt look kind of poofy no matter what size you get. At that time there weren't a whole lot of choices. I probably had a half-dozen pairs of those shorts - in black - and a few pairs of running tights and capris, in black. Likely a result of living in New York City with a wardrobe that didn't wander far from varying shades of black and grey. Thankfully those days are over, but I haven't really strayed all that far.


My collection of running tights and capris has grown to a respectable, yet far from outrageous, five pairs, all of the Oiselle variety. I’m also embarrassed to admit how many false starts there were before I actually pulled the trigger on purchasing the two pairs that aren’t black or navy. And they aren’t even that crazy, heck the Moto Lesley Tights aren’t even patterned, they’re just gray (and I love them)! 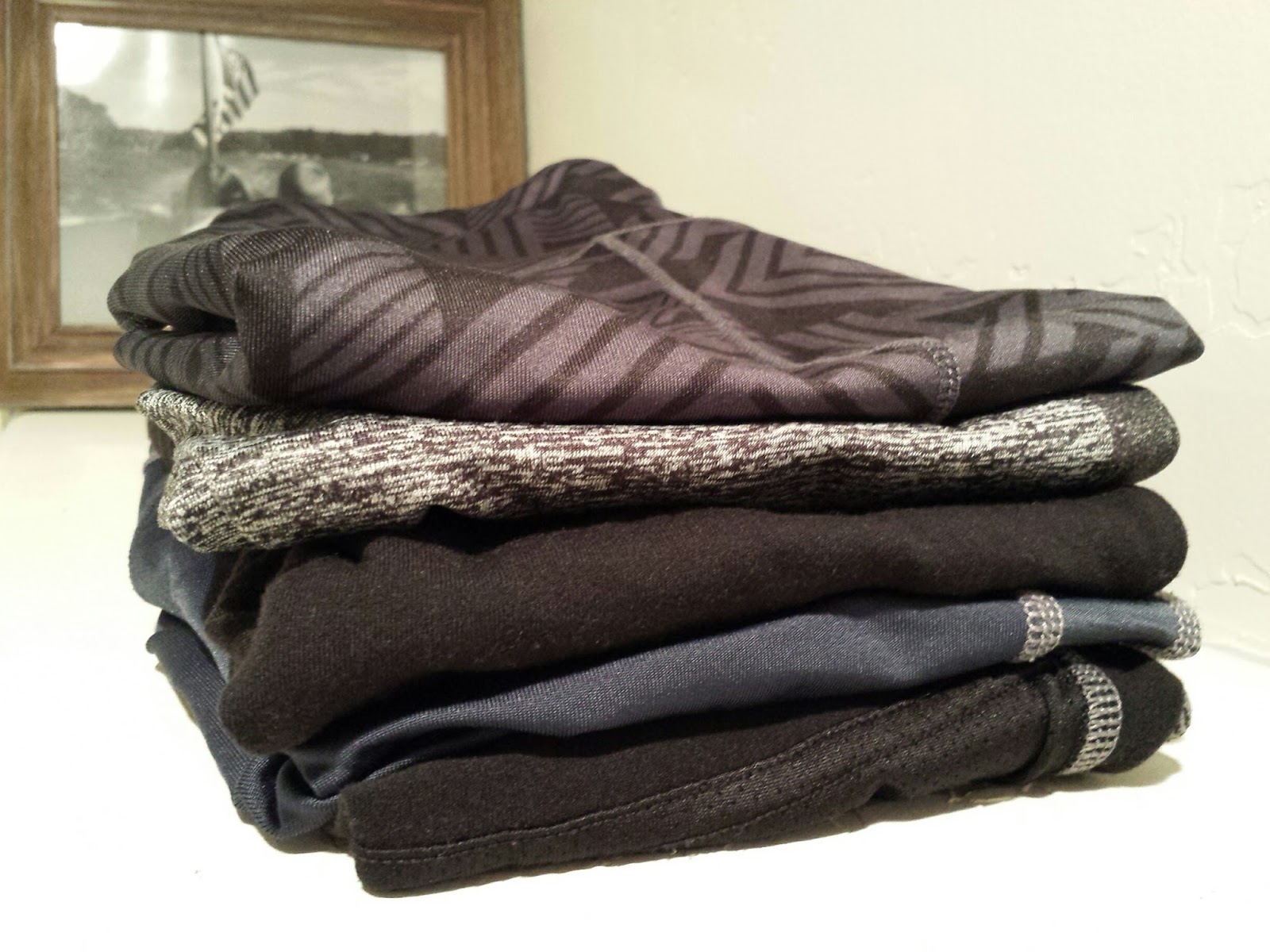 While most of the patterned running tights are quite beautiful on the hanger, and look fantastic on a lot of people, like every style of clothing they’re not for everyone, and I’m pretty sure they’re not for me. Call me boring if you like, but I enjoy sticking to the basics and adding in pops of color here and there. I’d rather not call attention to my least favorite feature with patterns in vivid colors. This is as crazy as I get with my running tights... 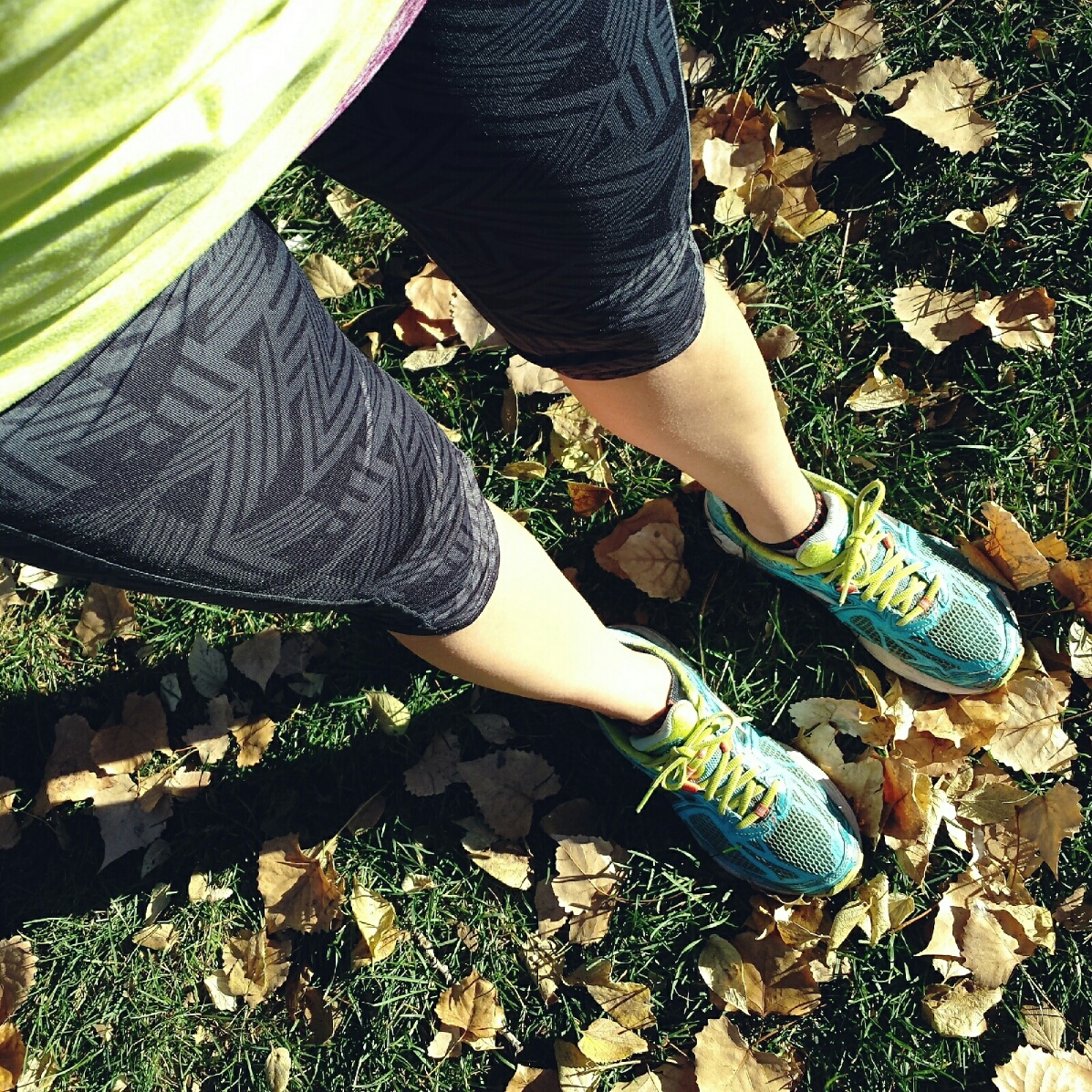 So what I’ve been trying to say in a very long-winded way, is that if you're also one of those runners, yogis, or simply someone who prefers to spend their life in the comfort of yoga pants but isn’t jumping for joy over this new trend, know that even though it may seem like it at times, you’re not alone my friend.

Disclaimer: I maintain the right to change my opinion at any time with no fear of consequence if I meet the right pair of bright-colored patterned running tights.

Are you a fan of the new patterned tight trend? * What's your favorite workout for a snowy weekend?
Posted by Lisa at 9:38 PM

Although I am starting to warm up to brightly patterned tights just a little bit, I'm also a basic black bottoms kind of girl. Because, let's face it, you have to be as thin as twig to look good in the boldly brights. Which I'm not. But if ever I find a pair that fits well, I'm definitely not going to say no...!

I'm with you! I only have one pair of patterned tights and they're gray on black. I leave the crazy colors to my tops, socks, and shoes. :)

I am kind of in love with some of the crazy patterns. I have three pairs and love them :)

I used to hate the brightly patterned workout legging trend. I didn't like how it attracted attention to my thick thighs and I just didn't find them flattering. I honestly don't know when I changed my mind. Maybe when I found the right pair? I should also mention while I love patterned yoga pants, I don't run in them. Maybe that's what it is? I wear them for style and not for workouts?

You are the best at incorporating patterned yoga pants/running tights into your every day wardrobe.

Fun! I bet you rock them, too!

Yes! Bright colors for the rest of the outfit - perfect!

I do think it's possible for women of all sizes to look awesome in just about everything (some things I'm convinced no one should wear) but some patters are better than others, I agree.

I tend to stick to black tights/capris - I think I'm too self-conscious to draw much attention to my legs. I don't necessarily think I'm out of shape/too large/whatever (I love short shorts), but something about tights is different. The only colorful/pattern pair of tights I own are red lululemon capris that I only wear around my apartment.