For the longest time those seeking an indoor option to sweat it out and build muscle generally had one basic option - a gym membership. I use this term loosely because a wide range of gyms fall into this category - from the body builder haven of Gold's Gym to the social club known as Lifetime Fitness. But in more recent years, we've seen a huge uptick in the number of boutique fitness studios. Now those seeking to take a range of yoga classes or Pilates, Zumba or Spinning, can take classes from teachers who are specially trained and focus on that specific type of physical activity.

Great, right? All our fitness woes are solved!?

Not quite. These boutique fitness studios have two big disadvantages. One: People crave variety. Two: Memberships tend to be pricey - especially if classes at the studio supplements a traditional gym membership, or you go to more than one studio. So over the years a number of startups have jumped into the game to fix this problem.

First to hit the scene was FITiST back in 2011 - allowing fitness enthusiasts the option to purchase a membership and book classes at multiple studios across NYC (and LA) in one place. Since then, ClassPass, Athletes Club, FitClub, and likely others, have joined in, each bringing their own spin to the industry.

Last December as I was perusing my news feed on Facebook, I noticed an ad announcing that ClassPass was coming to Denver.


While I loved taking various classes in New York, my experience with classes here in Denver has unfortunately been fairly limited and through very unscientific research while attempting to take classes a few times, I found a lot of studios offering yoga, Pilates, Barre, and Bootcamp classes but not much else. So when I heard about ClassPass I was genuinely curious as to if there were 1) enough studios in Denver, and 2) enough variety of studios, to make such a service work.

Little did I know at the time I'd get the chance to find out for myself.

When ClassPass reached out to see if I would help with the launch of the service in Denver, I couldn't pass up the chance to check out as many studios as I could fit into my schedule in one month. When I logged onto the site for the first time, I admit, I was a bit surprised to see how many studios were available! That said, with a closer look my assumption that there are a lot of yoga, Pilates, Barre, and bootcamp/crossfit studios in this city appeared to be true.

Now half way through the month I thought I'd share with you a rundown of the studios and classes I've tried so far: 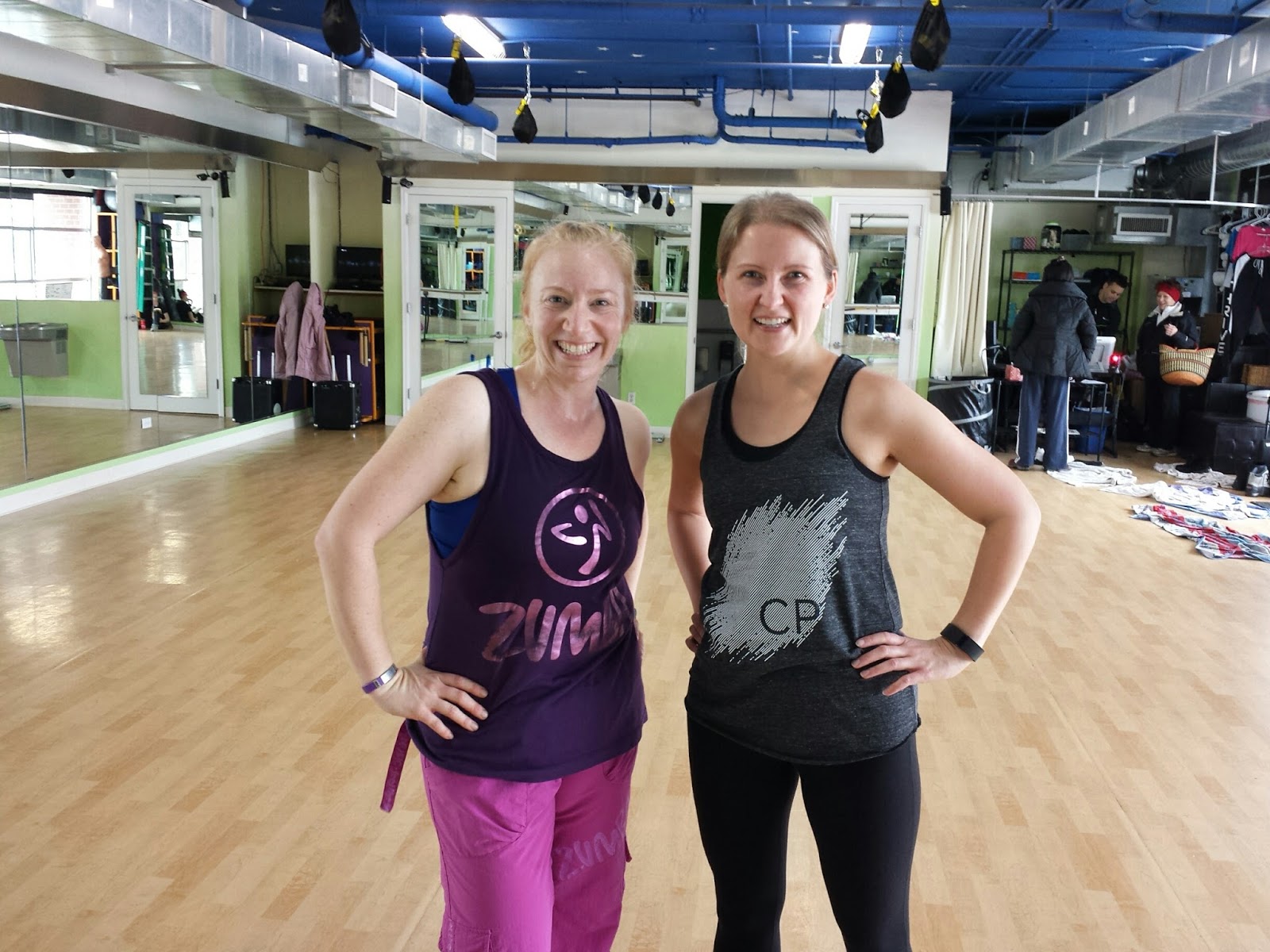 Zumba - Studio Thrive (24th St)
Several years back I took a weekly Zumba class at NYSC that I loved. The energy was addictive, the music was fun, and I couldn't help but love the fact that everyone is accepted in a Zumba class no matter your age, experience, or natural rhythm. I took this class on a Sunday morning after a snowstorm. While it was a little difficult to get to the studio (and find it), the class filled up and once I let myself loosen up a bit and not care so much about getting the choreography just right, I had a great time.

If You Go:
- Studio Thrive offers several types of classes beyond Zumba including TRX and Bootcamp
- Melissa (who teaches Zumba Friday evening & Saturday morning, and periodically fills in at other times) is a fantastic and energetic teacher
- Their is a drinking fountain but it's best to take a water bottle with you
- Located on Blake Street, the studio isn't far from great eats and in walking distance to public transportation, including Union Station. There is a good bit of street parking in the area, especially on Sunday mornings!
- A few blocks away is Buenos Aires Pizzeria - great pizza but go for the empanadas! 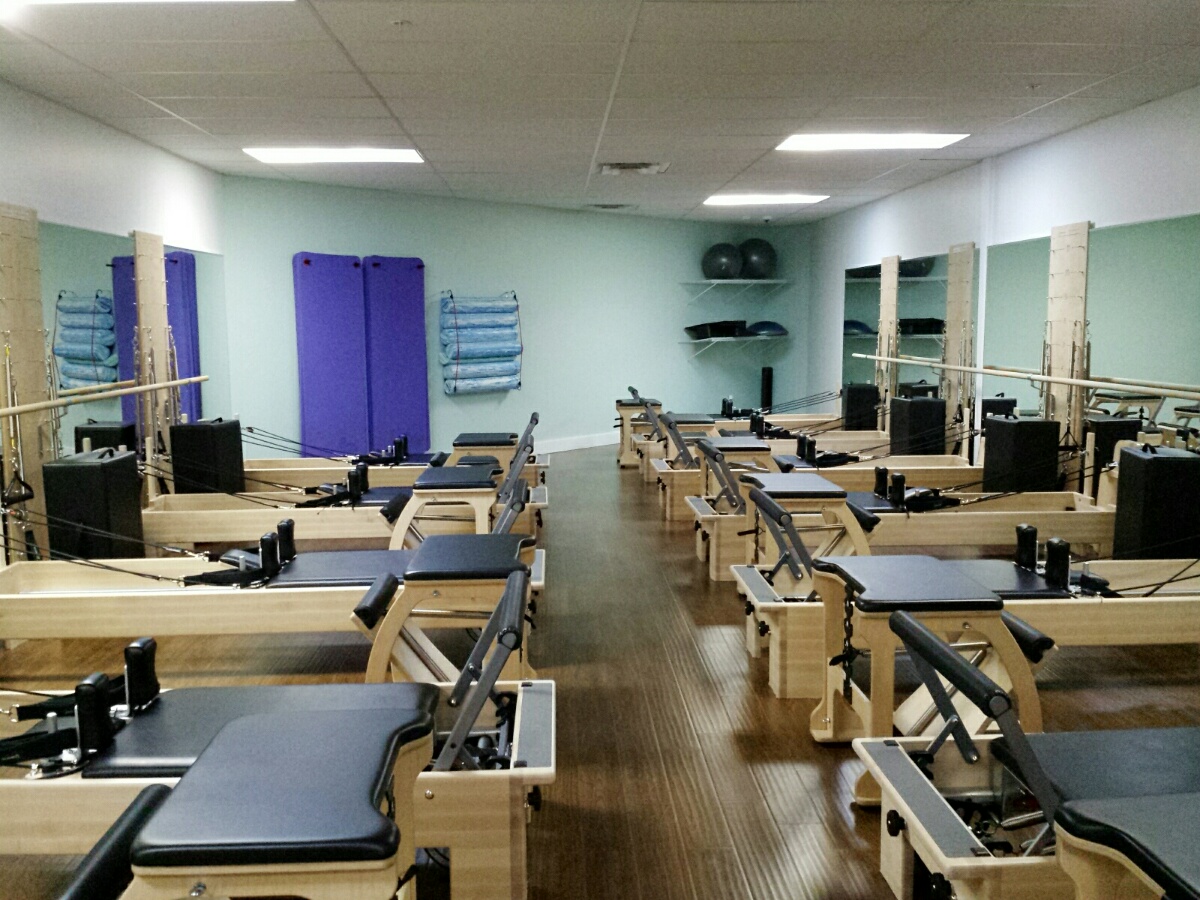 CP Tone Arms & Abs - Club Pilates - Cherry Creek
I was new to Pilates using a reformer and picked this specific class because of the focus on arms and abs. With the studio not overly far from our house I chose to run to and from class to get a few miles in towards our 2,015 goal. Turns out the class was a new offering at the studio - which is the only Colorado location of nationwide chain. Our instructor - Jennifer - was very welcoming and took time to walk me through what the different pieces of equipment would be used for and a general idea of how to use it. My class was quite small - only four other students - but I enjoyed seeing a range of ages among us. As I went through the class I realized Pilates must be a great form of exercise for people to stay active as they age.

If You Go:
- The studio is located in the garden level of a shopping complex within Cherry Creek North; you won't see it from the street so it can be a bit tricky to find
- They offer a range of class types, and a full schedule throughout the week so you're sure to find something to try
- The studio was undergoing renovations to add an office and private lesson space.
- There are a ton of great restaurants and coffee shops for post-workout refueling. One of my favorite restaurants in Denver - True Food Kitchen - is just steps away 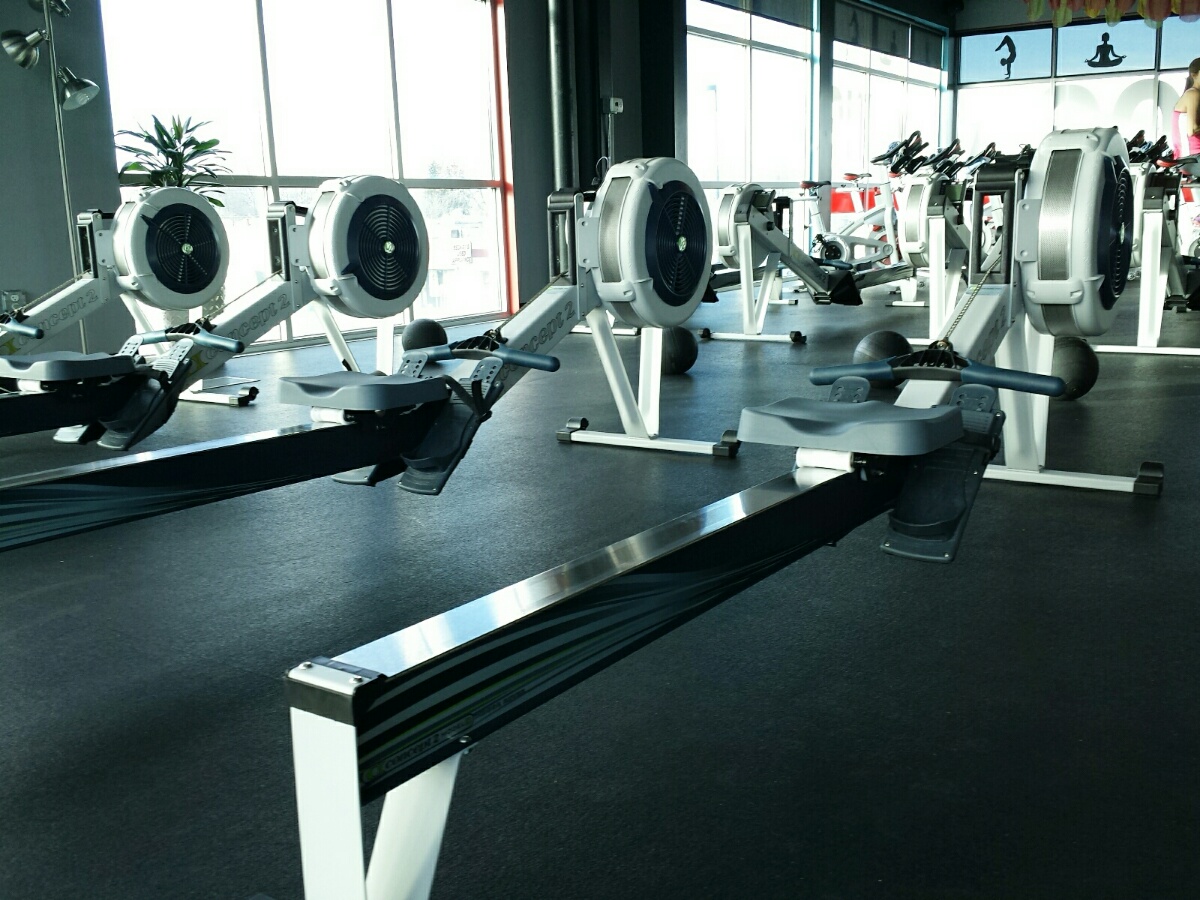 Cycle/Row - Endorphin (South Broadway)
Again I ran to class but this time it probably wasn't the best idea. This was a tough one and I'm thankful Woody picked me up after. Two days later and it was still difficult to walk! Sign of a good workout, right? I've found that a good number of studios offer combo classes like this. When I arrived, I found a large, bright studio with spin bikes on one side, rowing machines were on the other. We started on the bike with a warmup and the pace picked up quickly. We alternated between the spin bike and the rowing machine, spending about a half hour on each. It was a circuit workout of sorts, keeping things interesting. This is a great option for those who want a low-impact high-intensity cardio workout that targets all muscle groups. I thoroughly enjoyed this class, even with all the hurt!

If You Go:
- Towels are provided; be sure to bring a water bottle, you'll need it!
- Merrit was an awesome teacher - she's figured out the right balance between pushing and encouraging to make the class really tough but also enjoyable
- This studio is on the 2nd floor of a building (that has a parking lot) surrounded by used car lots, restaurants are sparse (unless you're looking for a 1960's bar/lounge) but it's not overly far from some of the best coffee in the city at Kaladi Coffee Roasters
- They offer a range of classes at several studios across Denver and periodically, Parent's Night Out (drop the kids off for the evening & go out to have some fun)! 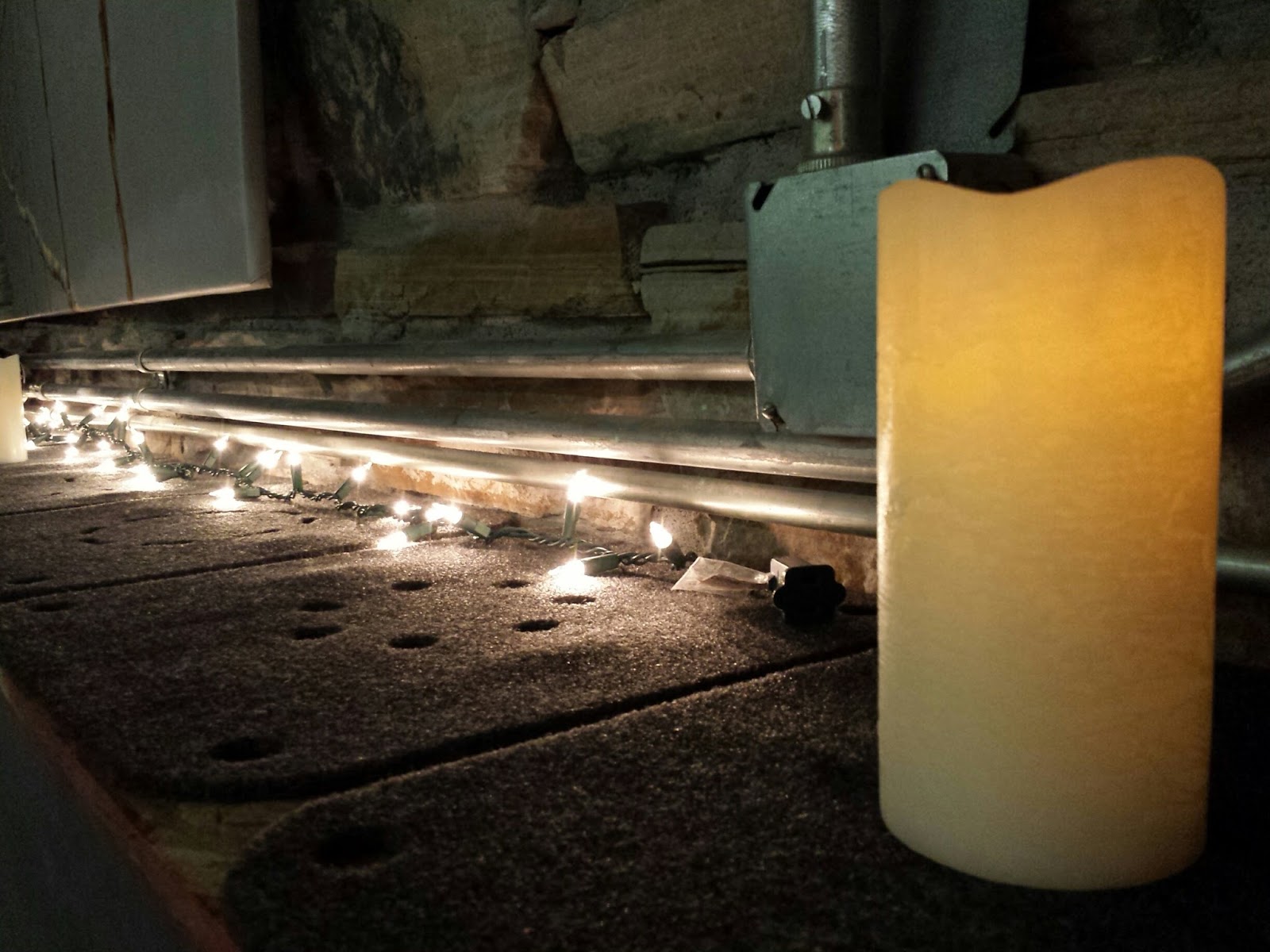 Candlelight Vinyasa Flow - Infinity Yoga
I'm energized by exercise, so I often have trouble taking cardio classes later in the day which is why I chose a relaxing yoga class for a Thursday evening. This class was small - only four students - but the studio space was also small so it worked out nicely. The instructor, Lindsey, led us through a series of poses - as is usual with yoga classes - and the pace was a bit slower than I had expected. That said, once I adjusted my expectations, I found the class to be very relaxing and a solid hour long stretching session.

If You Go:
- It can be a bit difficult to find the studio as Infinity Yoga is a relatively new studio that's currently sharing space with a massage therapy office in the basement of an office building.
- The building is in a prime downtown location close to lots of restaurants, shopping, entertainment and offices. Another student mentioned she has taken several classes during her lunch break. Head over to Union Station to relax in the main hall with coffee & a pastry from Boxcar Coffee Roasters or a nice local beer from Terminal Bar.
- They're offering an amazing package - 10 class punch card for just $30! I think it's nearly impossible to beat this deal

More reviews coming after I finish out the month, along with my general thoughts on ClassPass! 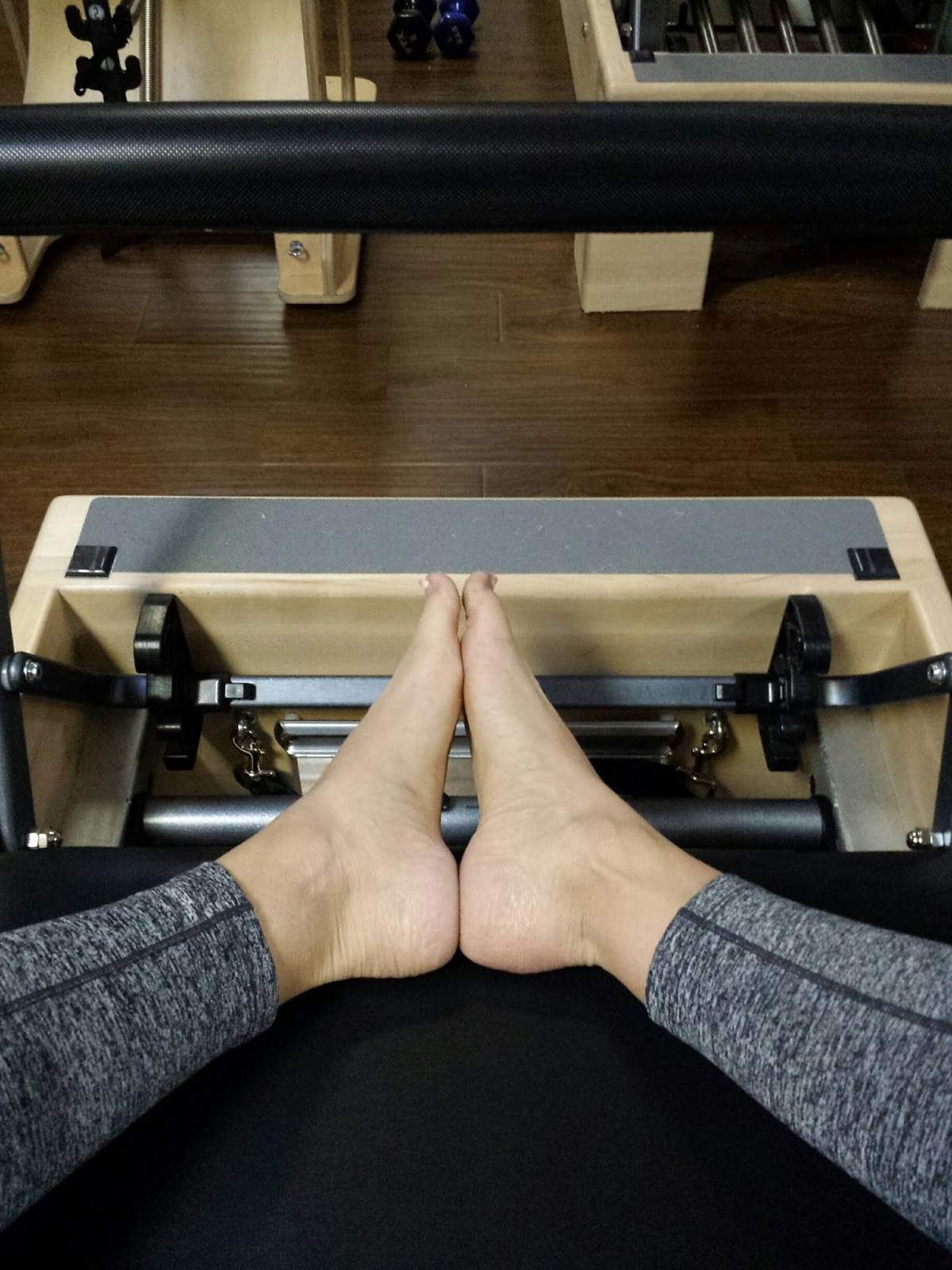 Do you use a service like ClassPass? * Do you prefer group fitness classes or doing your workout on your own? * What is your favorite fitness class?

Disclosure: ClassPass provided a one month membership to try the service and classes, however all opinions are mine alone.
Posted by Lisa at 9:59 PM

Sounds like a great way to try a variety of things. They have some different fitness boutique places here too. but I never try them because of the price, and I live out of town so it never seems convienient

I get that. A lot of studios offer a free (or reduced price) class for first time students - might be worth looking into if you have time/desire to take a class sometime!

I like group fitness classes depending on the class. That's cool that they launched in Denver and hopefully they'll have more to offer in the coming months. I'm curious if you like ClassPass because of the variety they offer or because it's just something different? How likely is it that you'd go back to Club Pilates, Endorphin, or Infinity? Would you consider being a long term patron? Just curious!